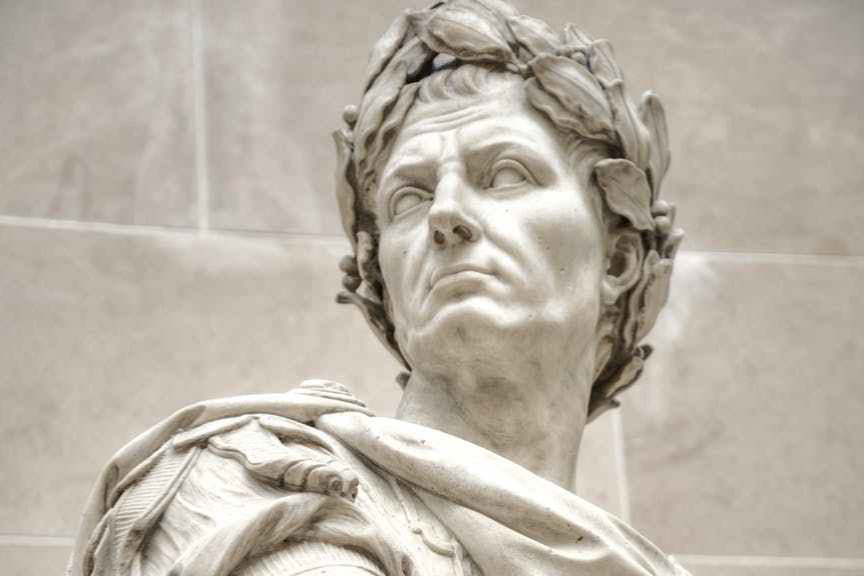 Margaret George, another Wisconsinite,* writes this novel about Nero almost as an autobiography. Nero of course is the Roman emperor best known (wrongly) for playing his fiddle while Rome burned. I’m sad to report that this book ends right when the fire starts. But Nero’s rise to emperor and early years of establishing himself was also very interesting. There is still lots of drama, mostly from all the murders! Luckily, part two, The Splendor Before the Dark, picks up at the Great Fire of Rome and is also now available.

This book is a perfect example of why I love historical fiction. You learn a lot about Roman culture and history during Nero’s reign because George did her research well and mostly depicts facts and historical events accurately. But since it’s fiction, George had the freedom to fill in blanks and assign emotions, motives, and thoughts to Nero, which makes the history come alive.

I also really like the (near) autobiography format and telling Nero’s story in the first person, because it allows a more sympathetic viewpoint. After all, nobody likes to think of themselves as bad. As George observes, Nero deserves a fair shake since all his surviving histories were written by historians who were part of the next dynasty and hostile to the Julio-Claudian one, of which Nero was the last. Poor Nero.

I admit I too had a negative impression of Nero before I started reading, but I couldn’t quite remember why…something about a fire and murders? I actually took a class on the Julio-Claudian emperors in undergrad, where I read Tacitus’ Annuals (one of the disapproving historians). After reading this novel, I did a quick Gmail search and found some of my old essay exams (from 2011!). And oops, apparently at one time I did know, even analyzed, the ways in which Tacitus had negatively exaggerated Nero’s actions and character. I guess the pop culture version of Nero stuck in my heard more than a semester history class. To be fair, I was studying abroad at the time and Nero did murder his step-brother, mother, and et al.

Nero’s story is compelling because he became emperor so young (age 16), bucked the trend on what activities were acceptable for an emperor and/or the ruling class, and regardless of his debauched reputation was popular with “the people.” Anyone with at least a mild interest in Roman history will enjoy George’s fresh take on it. But I don’t really recommend it for those that are not particularly interested in history. Some historical fiction can transcend the ‘not normally a fan of history’ barrier, this one can’t.

*Despite two books in a row being written by Wisconsin authors, I’m not picking them out based on that, I swear! Although that might be an interesting theme for a month.

**Okay, that is not a photo of Nero. It’s Julius Caesar, which I thought was ironic given how in the novel Nero has this internal battle of trying to be his own person, not comparing himself to the successes of his predecessors.